Coming in a couple of weeks …

I think it comes from my math/science side—my preoccupation with time. These “Five Pieces of Time” (op. 13) are an attempt to capture such abstract concepts in music. Thus, all five pieces have a sense of clockwork—ever alternating notes and accompaniment, as well as overarching melodies on top.

I wrote the first of these pieces toward the end of 1985, around the time that I lost one of my close friends, a trumpet player named Brian. At a music event at our school in December, I played this as a way to remember the past year and dedicated it to my friend.

It starts off sadly in the key of C-minor. After playing with some slow dissonances, it works toward a more upbeat fast section. Then the original sad melody returns, and the piece concludes with one last fast happy ending.

A year can pass slowly, in which one can experience both sorrow and joy.

The hardest part for me seems to be measure 64 with the alternating Bb and Cb in conjunction with the rhythms in the right hand. It sounds cool, but may take practice to play correctly. 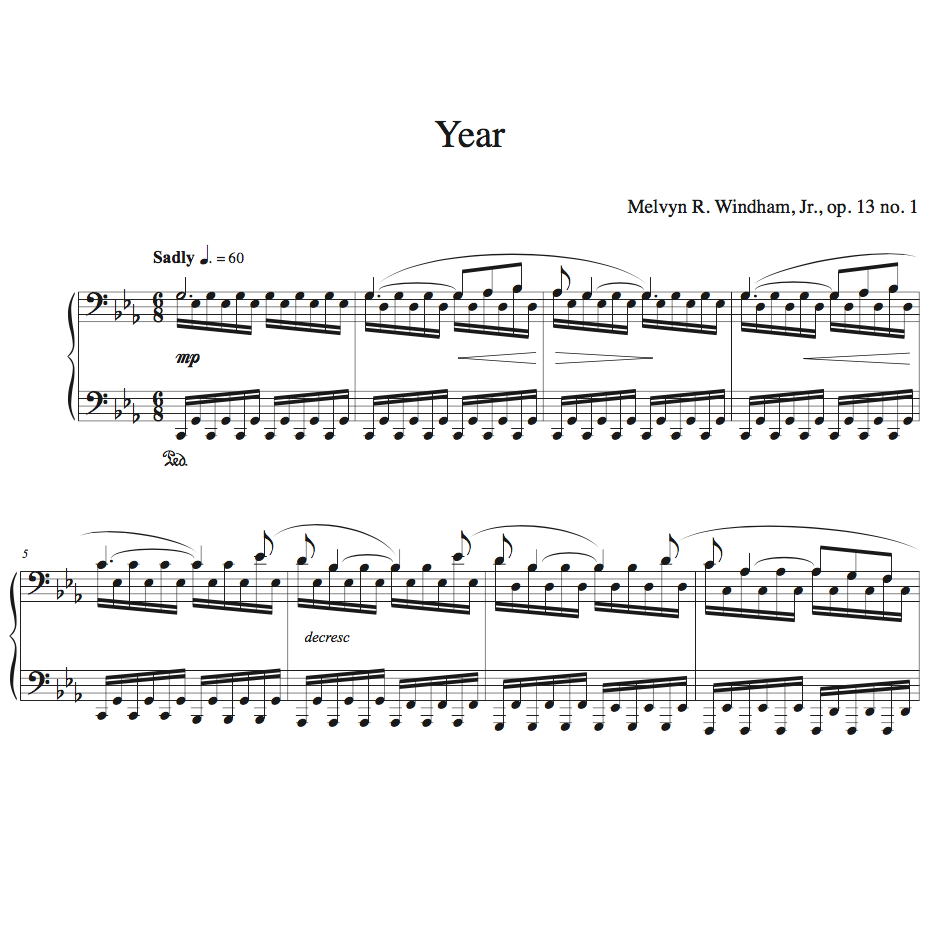 Composed in May 1986, this may be my favorite of the collection. It mimics the chimes of a clock at the end of an hour, in the awesome key of E-minor.

In between the chimes is an alternating figure that switches between hands. The harmonies change slowly until eventually, even the chimes change pitch.

After a brief interlude, the chimes return at measure 25, only this time more relentlessly and ever-going—a brief reminder that time never stops. Even though the indication says a tempo, you may consider playing this section a little slower for added effect.

The only disappointment is that it eventually has to come to an end. 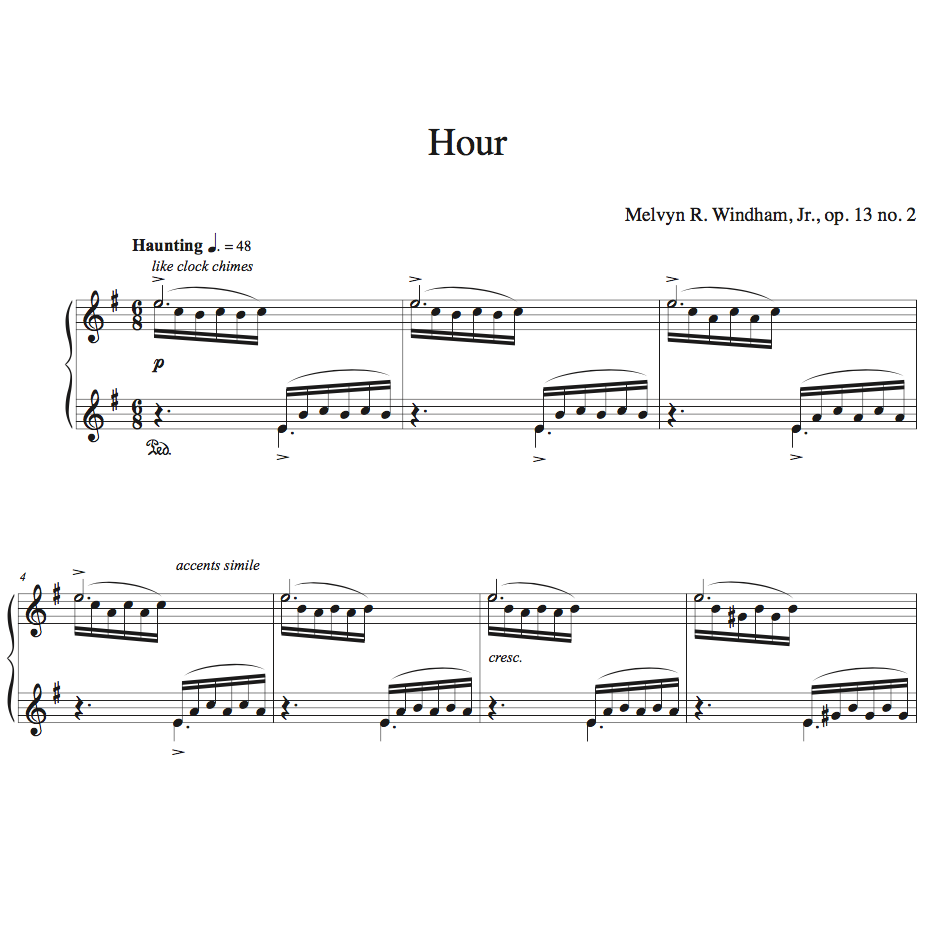 By this time, I realized I was making a collection. Three more “pieces of time” and I would be done.

Millennium means a thousand years. This was composed in July 1986, less than 15 years from the turn of the century, and it was already on a lot of minds.

Plus, as a Christian, a millennium has extra significance as a time of peace on earth yet to come.

Someone in London actually composed a symphony that will last a millennium, but I had to go with something shorter. I went with a very slow moving harmony with an uplifting melody. The Coda starting at measure 45 is meant to sound very long and repetitive with small changes along the way. 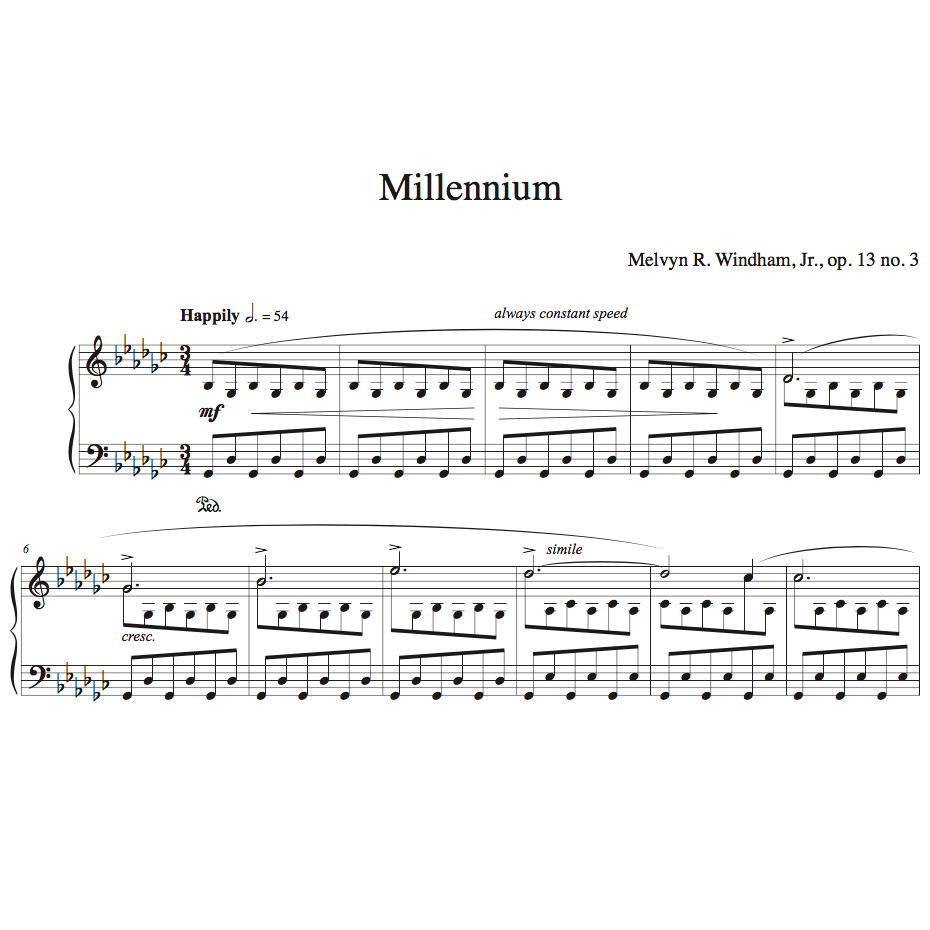 All my other “pieces” were long, so I wanted to do something short. In July 1986, I took the idea of “Hour” and sped it up, as if the chimes become the movements of the second hand. And the alternating motif becomes a never-ending trill.

Play it fast and try not to slow down until the very end. 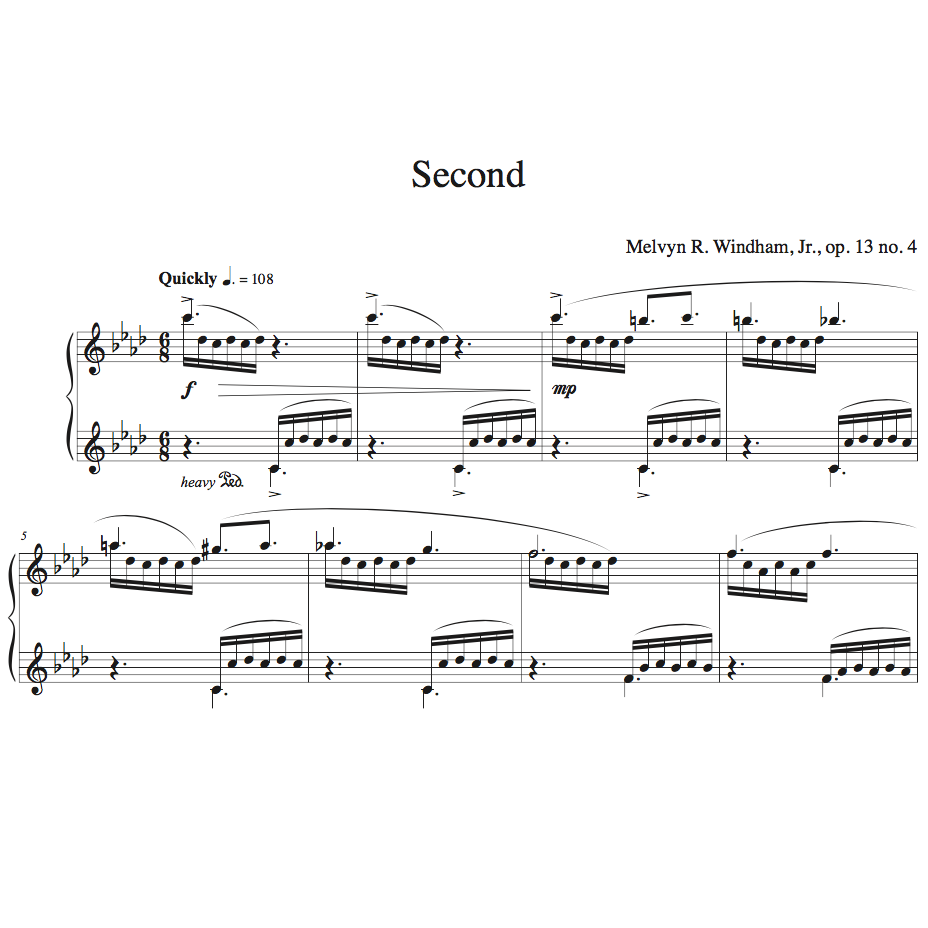 Another concept among the religious and mathematicians is the idea of eternity. It’s something that can never exist, as you can never get to the end of it. Just trying to imagine experiencing this time interval can blow one’s mind.

Here, I try to depict it as something that you enjoy while it happens. It just is.

And along the way, I sometimes try to obscure the direction, for example in measure 27.

Play with a constant tempo, and play with the dynamics and pedal technique. 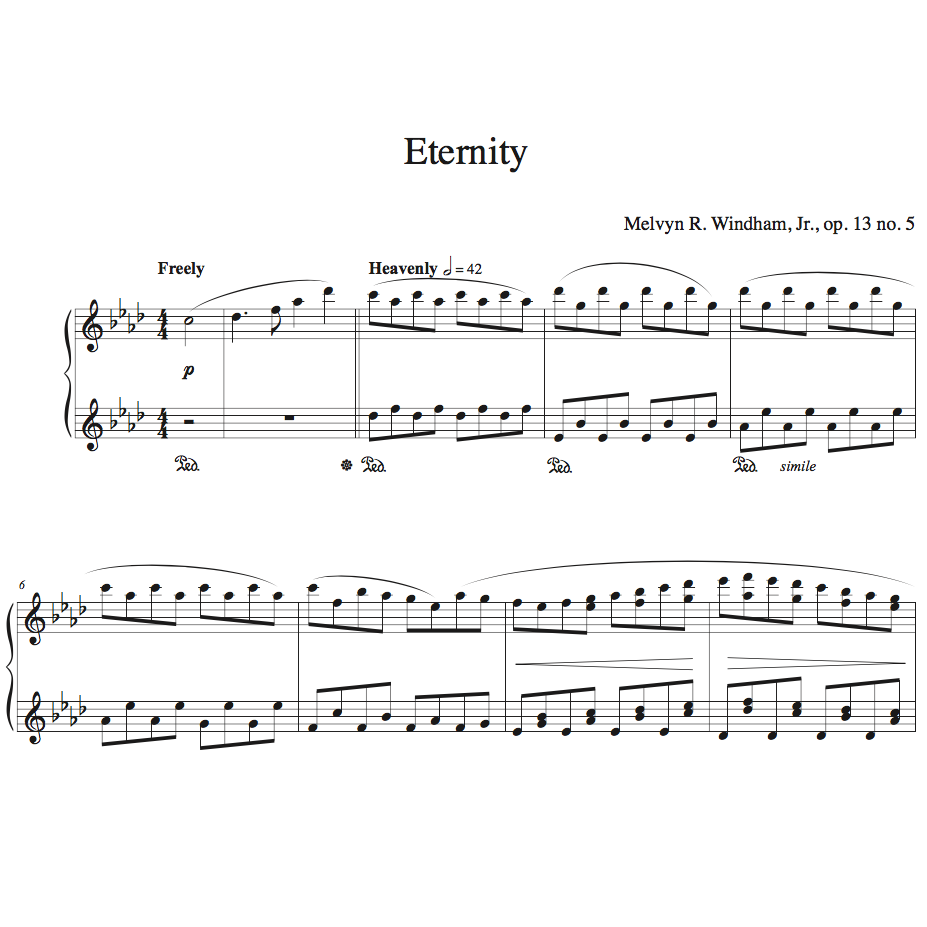