The “Visions Regained” are a collection of short piano pieces mimicking one of my favorite composers, Prokofiev – in particular, his Visions Fugitive, op. 22. My collection jokingly claims to regain what had once fled away.

Sound samples and videos are at the bottom of the post.

In 1986, this was the first of the collection to be composed. Believe it or not, it was before I had come across the Visions Fugitive. It sounds uncannily like #10, but that’s only coincidence.

Having grown up in a house across from a pasture, I had plenty of experiences with the gross creatures. In the middle of the night when I turned on lights in the kitchen, hundreds of them would scurry off in all directions.

This was my very first foray into the chromatic, which I felt would most closely capture the nature of the critters.

It should be played quickly and playfully. Make sure to bring out the accents. The end is supposed to emulate the sudden stomping of the cockroaches. There should then be nothing but silence, and good riddance! 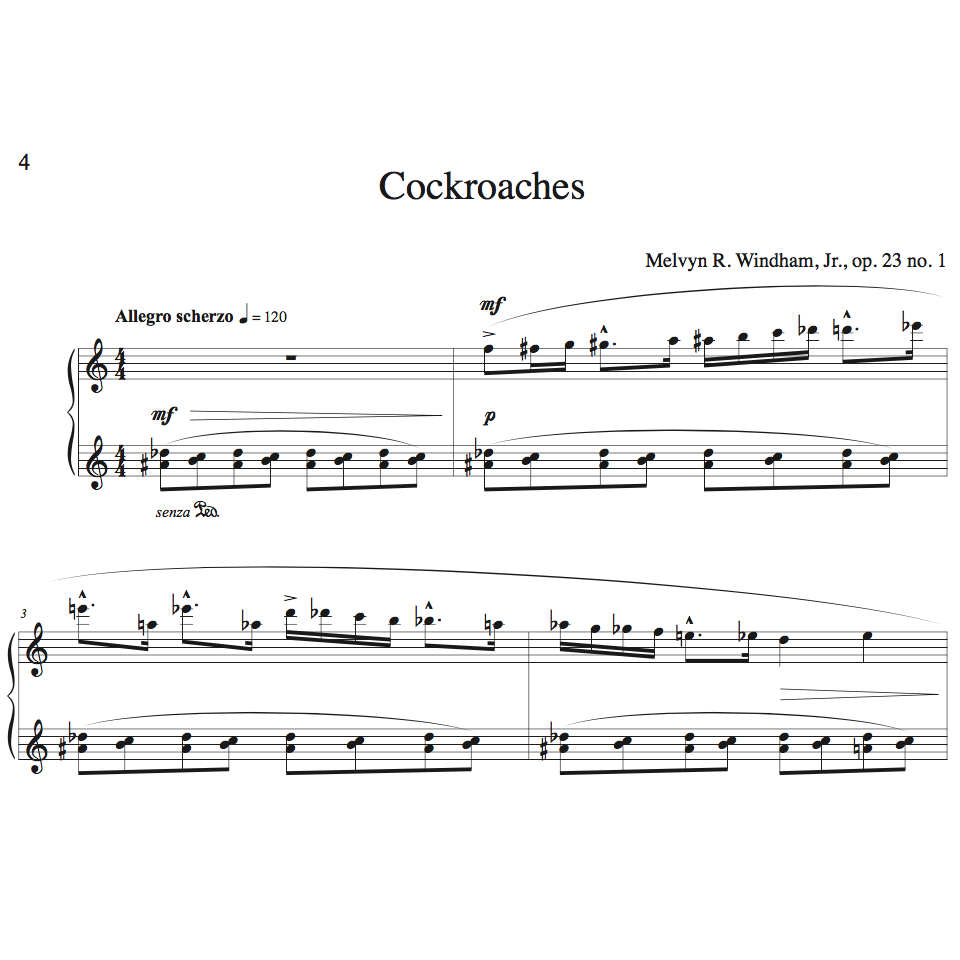 Composed in 1988, I just wanted to write something that allowed the performer to hold the pedal throughout the whole piece (much like the second part of Prokofiev’s #5).

The name of the piece refers to Peter and the Wolf, Prokofiev’s most famous orchestral piece. Perhaps as you play this piece, you can imagine Peter reflecting on his lost duck friend (who lives in the wolf’s belly in most non-Disney versions).

This piece features the Prokofiev-like combination of chromatic vs. diatonic themes. When you perform, play it slowly enough to hear the different resonances that arise as the older sounds die out and newer sounds ring louder. Hold the pedal long enough at the very end so as to let the sounds die out completely. 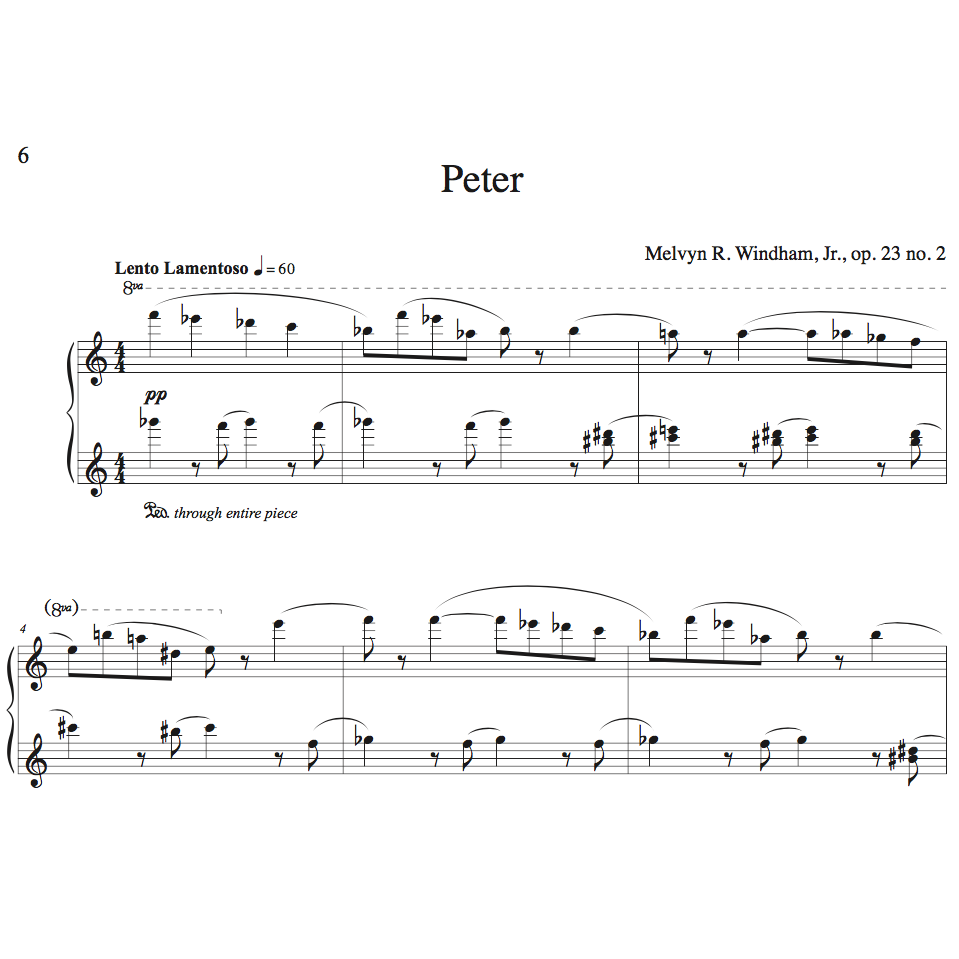 This one was composed in 1987, shortly after I had been practicing the Visions Fugitive. You may recognize similarities with Prokofiev’s #9.

The first part (Andante) should be played with a slow steady rhythm, while the next part (Tempo rubato e espress.) should sound more freely. Then the pattern repeats: another Andante section with steady rhythms, and another Rubato section to end it out.

Does this piece sound like flowers blooming? I’ll let the performer and listener decide. Though, one of my BYU composition teachers suggested that I remove the titles, and to simply number these 1 through 5, much like what Prokofiev did. For years, these pieces went without names, but the original names kept wanting to come back. After all, even Prokofiev broke down and named his #7 the “Harp.” This edition brings back my original names. 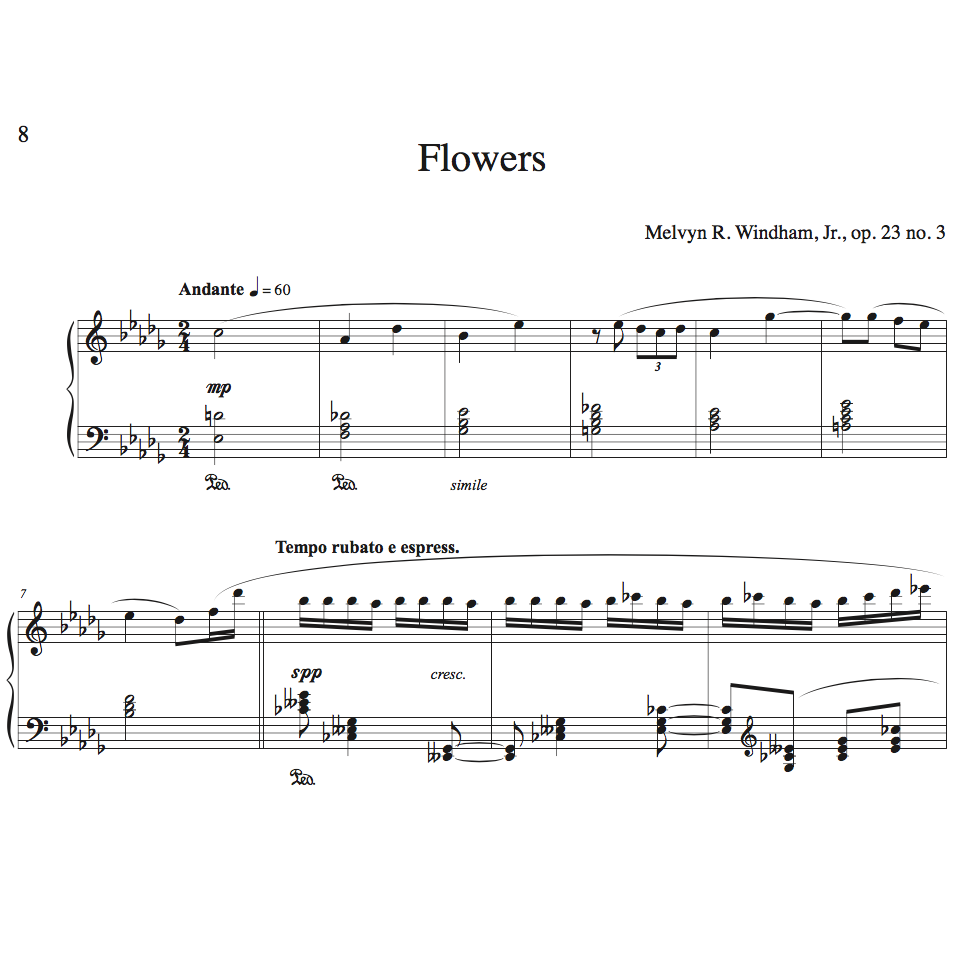 Chronogically, this was the last of the collection to be composed, in 1992. It was for a class assignment in which we were to write a Bartok-like cell piece.

At first, I thought it sounded like “ugliness,” but my teacher replied that it rather sounded “beautiful.” Out of the whole collection, it is indeed the most advanced both in melody and harmony.

I would then, one month later, orchestrate this piece as “The Ugly Duckling” in my opus 22 collection, “Some Fowl Music for Six Instruments.”

As you perform, keep it slow, play out the dissonances, and learn to love the new harmonies that arise. 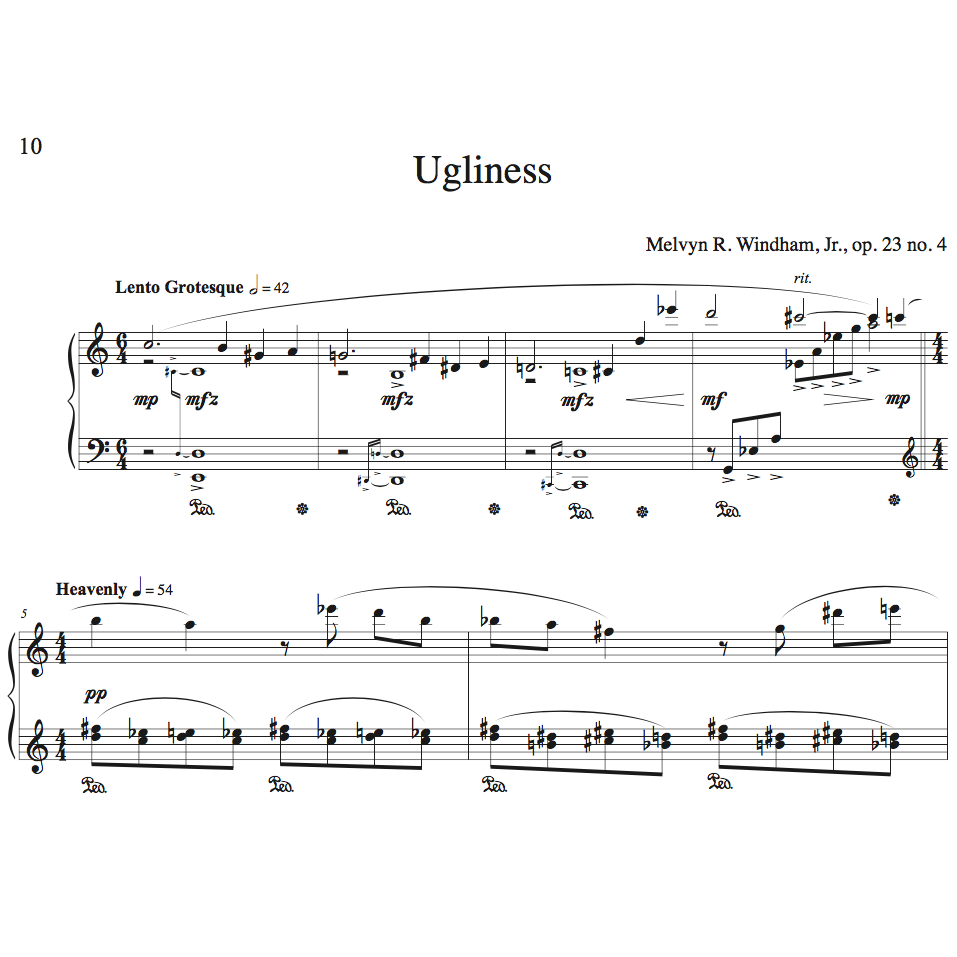 I chose to end the collection with this fast, fun piece composed in 1990. Because of its similarities to the first piece, several have called this “Cockroaches, Part 2.”

This is the most demanding piece of the collection. Keep it fast. Work out the best fingerings for the difficult double-note triplets in the middle. Let it get very loud near the end, using much pedal. But give the very last note a dry ending, with nothing but silence remaining. 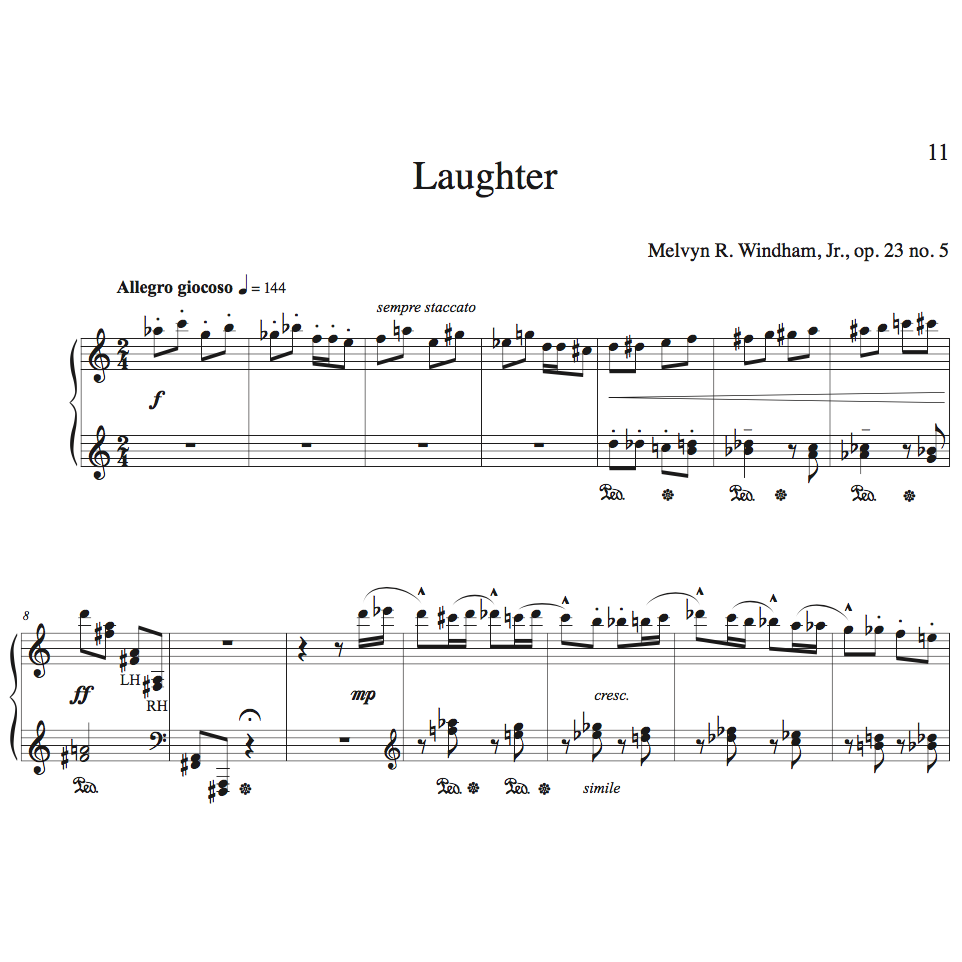 Video of me playing the collection: